Whatever the deal with the Taliban, allied forces need to stay long enough to get our citizens and those who helped us to safety. 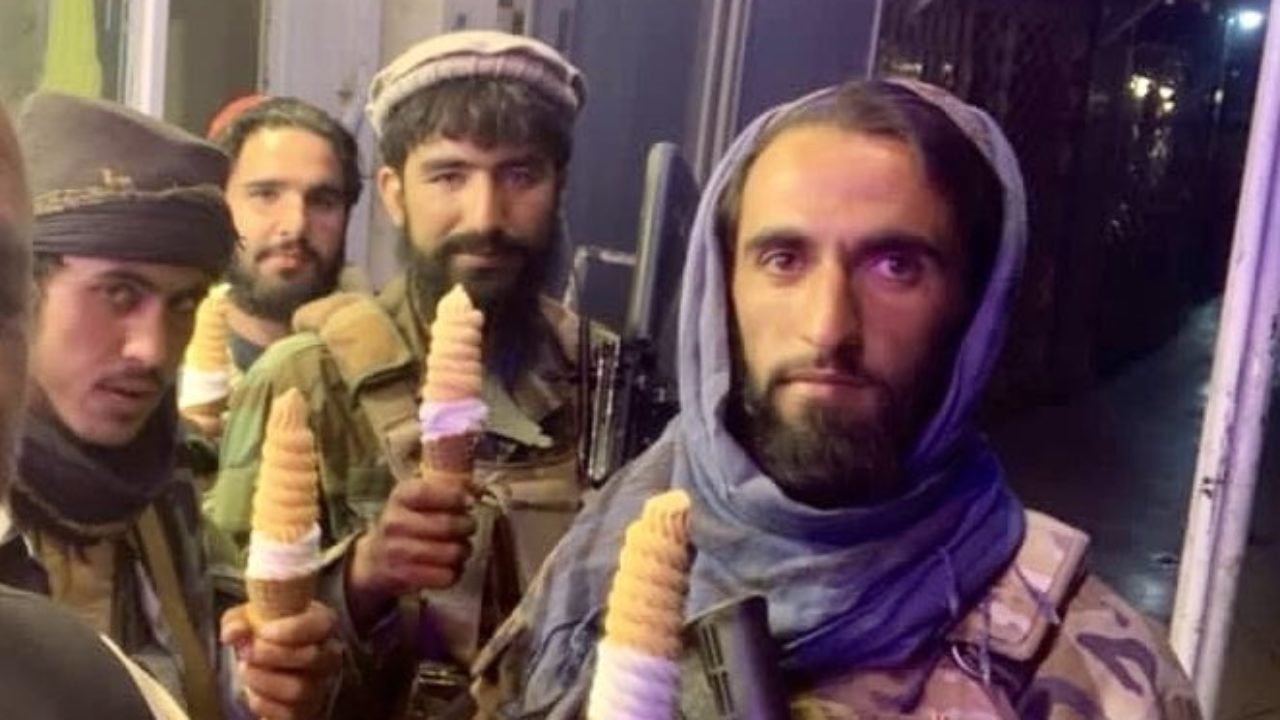 I thought it was bad but it just keeps getting worse.

Not content to let a modern version of Saigon be broadcast around the world to show America’s incompetence, Sleepy Joe Biden has doubled down, insisting that America will withdraw its forces on August 31 no water what.

Clearly not Biden, who thinks he is being decisive by sticking to the date.

To be fair, Americans of all political persuasions have had enough of endless wars, whether in Iraq or Afghanistan.

Yet what Americans dislike more than anything is their country being embarrassed on the world stage.

And this is precisely what is occurring with the Afghan debacle.

Of course, the Taliban and our enemies in China and Russia are taking full advantage of it.

Most people have by now seen various images of the Taliban trolling Joe Biden and the pathetic US media on social media. My favourite is the one where a bunch of Taliban fighters are pictured eating ice cream (see above), an obvious reference to Biden’s penchant for ice cream and more importantly, for the biased left-wing hacks in the US media breathlessly reporting which flavour and how many scoops the President ordered.

As for China, it is busily pointing out America’s weakness to the Taiwanese, and not too subtly suggesting that they had better become loyal members of One China pronto as they wont be able to depend on the Americans if China invades.

And frankly, like the Taliban, the Chinese are right.

Weakness rather than strength

Unfortunately, the morons in the US government and the US media don’t understand that the Taliban and China see weakness rather than strength coming from Biden and America.

In contrast, I don’t think the Taliban would have trolled Trump, for the simple reason that they would have been worried that he would dispatch a MOAB in response.

Politics aside, Biden needs to step up to the plate and insist that American forces will say as long as required and that it be inadvisable for the Taliban to interfere in any way shape or form (hint hint!).

Unfortunately, I don’t think Sleepy Joe is up to it.

On that and so much, Trump was right.